About DITA per Day

I’ve had a long association with the DITA specification (more formally called the OASIS Darwin Information Typing  Architecture). I’ve helped it evolve, from writing the first stylesheet that actually proved the feasibility of class-substring-based lookup to creating new applications of the architecture for dynamic DITA publishing. I used to imagine the day when DITA would be not only a new wave, but a virtual tsunami in the writing industry, but never expected the degree of traction the standard now has.

DITA per Day is my way of sharing my perspective on the standard, whether in explaining my own take on element usage or giving some insight on how certain elements or features came to be. I hope this personal look behind the curtains of this standard helps you in your use of DITA! 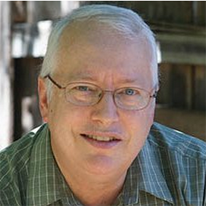 Ranking among the top XML technology leaders today, Don Day not only contributes to the success of individual projects and products, his influence can also be found on nearly every XML initiative in production. His efforts have resulted in multiple patents, official recognition for his contribution to re-engineering IBM’s information assets, and designation as an OASIS Distinguished Contributor for convening and leading the OASIS Darwin Information Typing Architecture (DITA) Technical Committee. Don is well-known for advising and consulting on strategy, technology, and best practices for optimizing the value and usefulness of unstructured data. Don is a co-founder of Contelligence Group, which provides consulting and technology incubation.